In this extract from his new book, Myth Busting Economics, Stephen Koukoulas discusses housing affordability and the difficulty of buying your first home or flat.

A pain point especially for young Australians, Stephen shares how buying a live-in house with a 10 year timeframe in mind is a smart investment, provides security and sets you up for life.

Think of housing affordability in this way.

In the mid to late 1980s, a house cost, say, $75 000 and required a mortgage of $60 000 — that is, a loan-to-valuation ratio of 80 per cent. Household incomes at this time were around $25000 per annum and interest rates were around 13.5 per cent. In these circumstances, it took around 20 to 25 per cent of a household’s after-tax income to make the monthly mortgage repayment. The other 75 per cent of disposable income could be spent as the householder wanted.

Fast forward to now. A house is around $625 000 and, based on a loan-to-valuation ratio of 80 per cent, the mortgage would be around $500000. Household disposable income is around $125000 per annum and the interest rate is 5.25 per cent (although the increased competition now compared with the 1980s means that not many people pay this advertised rate). In these circumstances, it takes around 20 to 25 per cent of a household’s after-tax income to make the monthly repayments.

While house prices are up, so too are household incomes and, critically, interest rates are structurally down.

This shows, quite starkly, that it is no tougher financially for a first- home buyer today to service an average mortgage on an average house than it was 20 or 30 years ago. It is just that in the so-called good old days, the average home buyer’s mortgage pain came through interest rates and not the house price. Now, the pain comes through the house price and not interest rates and, I suspect, expectations being skewed to buying above-average houses.

As a homeowner with a mortgage, what would you prefer? The joy of buying a house at a low price, with a relatively low mortgage, but having to pay a high interest rate, or taking out a large mortgage on an expensive house but having a low interest rate to service that loan?

Any prospective home buyer should be largely indifferent to these dynamics. Those wanting lower house prices, beware! It might come at the cost of higher interest rates, which would do little or nothing to help affordability.

Think of it this way. House prices could undoubtedly fall to make them more affordable, and a return to 8 per cent interest rates would no doubt help achieve that. Imagine paying a 13.5 per cent mortgage interest rate (as paid in the 1980s) right now. Obviously, if that were ever to occur again, a first-home buyer’s delight in getting a cheaper house and therefore borrowing less would, by definition, be neutralised by the pain of higher interest rates.

For those bemoaning high house prices now by stressing the lack of affordability, go to one of those very good mortgage calculators that are so common on the Internet. Plug 10 per cent, 13.5 per cent or even the 1990s peak of 17 per cent into the ‘interest rate’ box and see how much you could afford to borrow today. The exercise should change those perceptions of poor housing affordability in recent years.

I am not sorry for going on about this — it is a vital point to make. It is a roundabout way of saying that it has never been easy to get into the housing market for the first time or to upgrade to a nicer house, but it is no harder now than it was in the past. It is just that the dynamics and the mix are different.

What has not changed is that sacrifices need to be made to get your foot in the door of the property market.

If you are interested in the background on Stephen’s views about the housing market and the details behind his analysis that buying your first house is good for your personal finances, shoot us an email and we'll send you the full chapter of his book for all of the details. 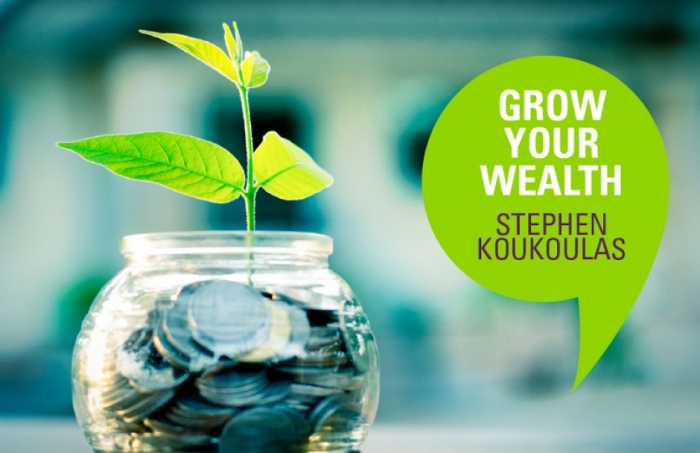