It is harder to make a dollar in retail today than ever before. Recent years have seen the retail sector buffeted by a series of fierce and disruptive headwinds.

Indicative of this fact, consider the raft of retail brands such as Payless Shoes and Borders that have had little alternative than to file for bankruptcy as the going has gotten tough.

While a combination of factors have contributed to the woes of retailers, it is perhaps the ever-growing threat of technology and online competition that has had the greatest impact.

Whereas in the past consumers had little option but to purchase goods from a local retailer, the age of the Internet means that consumers can now go directly to wholesalers or suppliers – and in any country around the world.

Perhaps the most insidious and confronting element of the on-line retail trend is the growing incidence of 'showrooming.' This recently coined term describes the tendency of shoppers to visit a physical store to see and touch a product only to then go on-line and make their purchase – often via a smartphone before they've even left the store!

While comparison-shopping is nothing new, web-enabled smartphones have made it easier and more prevalent than ever. According to market research firm ClickIQ, about half of all on-line purchasers have engaged in 'showrooming' prior to making their digital transaction. Another recent poll of 1,000 people found that 61% had tried an item on in a store only to buy it later on-line – with almost half this number admitting to doing so more than five times.

In an effort to combat the threat of showrooming, retail stores are resorting to a range of somewhat desperate strategies. One ski apparel retailer I read about recently is now charging a $300 deposit to use the stores fitting rooms – a fee which the customer receives back at the cash register if they make a purchase. Another health food retailer has opted to charge customers $5 simply to enter the store!

While such strategies are understandable responses to the threat of showrooming, they are fundamentally flawed. If there is one thing for certain it is this: punishing customers will never be effective in winning their loyalty and devotion in the long run.

Naturally, some form of response to the digital threat facing retail is necessary. Simply ignoring it is naïve and even foolish. As Stuart Harker, global retail and consumer advisor with PriceWaterhouseCoopers argues: "Retailers and suppliers must embrace the internet or face closure."

Visionary retailers are recognizing this reality and are beginning to see digital technologies as the key to future success rather than the enemy of it.

A myriad of established retailers are making extensive use of new technologies to complement traditional in-store formats – a trend called 'bricks to clicks.'

Target, for instance, is using customized daily deal alerts and exclusive discount coupons sent directly to customers' smartphones. American women's clothing retailer, Maurices, has started making the most of smartphone technology using a technology known as 'geofencing' to attract and engage with its customers. 'Geofencing' allows the store to alert opt-in customers with promotions and coupons as they approach or walk nearby any Maurices store.

In sending discount coupons directly to users' mobile devices, Target and Maurices are far from alone. According to Juniper Research, more than 3.4 million mobile coupons were redeemed in 2011.

Leveraging consumer's mobile devices is proving to be a valuable tool for retailers looking to engage consumers. In one successful text message campaign for instance, trendy retail chain Charlotte Russe used a short text message with a video component offering customers a $5 shopping pass. The video, starring a handsome male actor, was shared so widely amongst young women that the Charlotte Russe database grew 33% in one weekend!

Scores of other retailers are recognizing that text messaging is a great way to connect with consumers – particularly those of a younger demographic. According to the technology consultancy Mogreet Inc, consumers are five times more likely to open a text than an email - and tend to respond to texts within minutes.

While coupons and smartphone vouchers are one way of engaging consumers and drawing them into the store, another strategy being used by retailers centers on physical stores doubling as distribution locations for products that have been purchased digitally.

Kmart for instance is encouraging customers to order online and then visit the store for same-day pickup so as to avoid delivery costs. Naturally, when customers visit the store to pick up a pre-purchased item, many will make a supplementary additional purchase which becomes a win/win for the store and the consumer.

Leveraging technology beyond smartphone apps and discount coupons, retailers are using mobile devices to improve the in-store experience for customers.

American retail giant Wal-Mart for instance released a range of ingenious smartphone apps in late 2011. One of Wal-Mart's apps gives customers access to electronic shopping lists and even a gift-finding solution called Shopycat which allows users to take the likes, shares and interests of friend's social network profiles and turn them into intelligent gift recommendations.

These apps also enable Wal-Mart customers to be greeted by name when they enter a store and be guided through the aisles with product recommendations and real-time savings. In doing this, Wal-Mart proposes to build a rapport with customers in the same way company founder Sam Walton did 50 years ago.

Cosmetics and skin-care brand Clinique are also using technology to enhance the consumer's in-store experience. In addition adopting a hands-off approach called 'Service as You Like It' where consumers are invited to experiment with new products uninhibited by interference from a salesperson, Clinique also provides iPads to help customers diagnose their skin care needs. Early indicators are that the strategy is working brilliantly - many stores that have adopted the new approach have since enjoyed double-digit sales growth.

Grocery giant Tesco is a great example of a retail brand adopting clever new high-tech approaches to giving customers greater convenience than ever. In 2011, the company installed a virtual grocery store on a South Korean train station wall so that commuters could purchase their groceries on their way home from work using the QR code readers on their smartphones.

Such approaches are an ingenious way of taking the shopping experience and extending a retail brand to where time-starved consumers already are.

While the retail landscape is a challenging and ever changing one, those retailers who are looking to remain viable and relevant in the digital age would do well to remember the words of Charles Darwin: It is not the strongest that survive, nor the most intelligent. Rather, it is those who are most responsive to change. 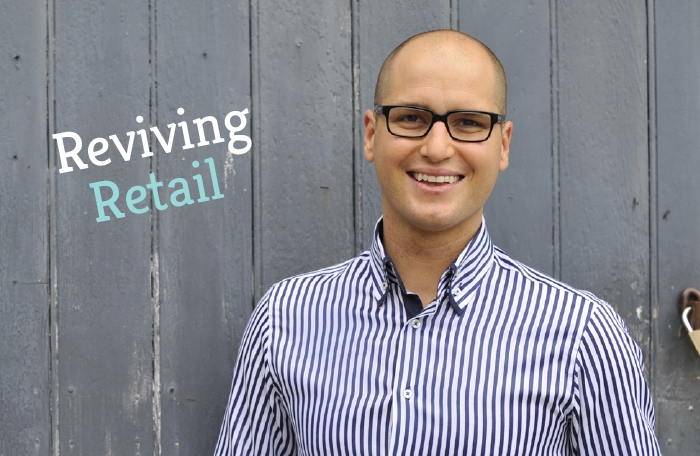 Artificial Intelligence - Providing Hope at a Time of Crisis more