Nike’s recent withdrawal from the fitness band market has raised some significant questions regarding the future direction of wearable technology.

Although the size of the market is predicted to grow exponentially by most industry experts such as Credit Suisse, which predicts the market to increase five-fold to $50 billion by 2017 and wearable technology appears to have already reached a high level of awareness amongst consumers.

Approximately one in ten Americans over the age of 18 own some form of activity tracker (not limited to fitness bands), but more than half of these users no longer use their devices. The key takeaway is that most of these devices clearly lack the capabilities to drive long-term sustained engagement for a majority of users. 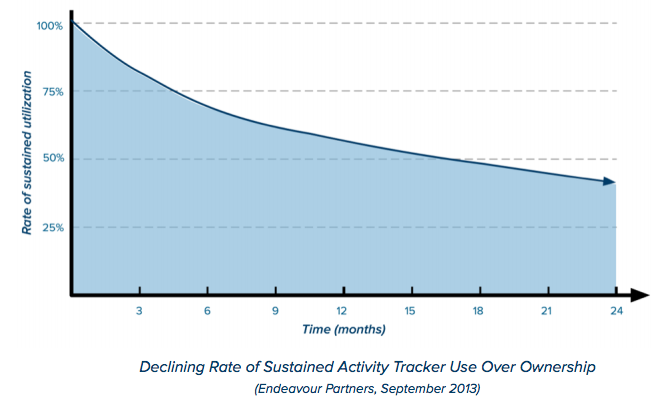 It is perhaps for this reason that Nike recently announced its withdrawal from the hardware side of the market, while Lark discontinued making its activity and sleep tracking bands not long after its launch in December 2012. Similarly, hardware reliability issues have been commonplace amongst fitness band manufacturers. Market-leader Jawbone’s new Up wristband has been plagued with technical issues, offering a “no questions asked guarantee” while another playerFitbit has had to recall its wristband due to skin irritation issues. Another alarming fact is that the attrition rate of fitness bands has been comparatively higher than other personal technology early on in their life-cycle.

Although there remains skepticism as to just how big the potential for the future of wearable tech is, early products like fitness bands represent only one small fraction of the problems that wearable technology can solve to add value for consumers. In other areas, we are seeing really exciting and innovative products in development which could soon find their way onto mainstream consumer use.

Here are some great examples of future innovations in wearable-tech from PSFK’s Future of Wearable Tech report: 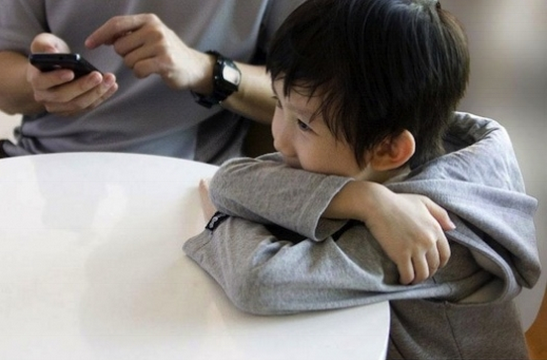 High tech manufacturer T.Ware is currently exploring ways to blend high-tech with the personal, high-touch, humanised, face-to-face interaction. Through its hug simulation jackets, parents can calm kids with their mobile phones even in opposite sides of the globe. One can immediately see the potential benefits it could bring to children with say, autism or attention deficit disorder. The product is based on ‘deep pressure theory’ which harnesses air pressure to replicate the feeling of human contact when instructed to do so through an app on smartphone/ tablet. While wearable technology may never fully replace the value of actual face-to-face, intimate contact, its ability to solve problems caused by remoteness represents huge market potential that largely remains unexplored. 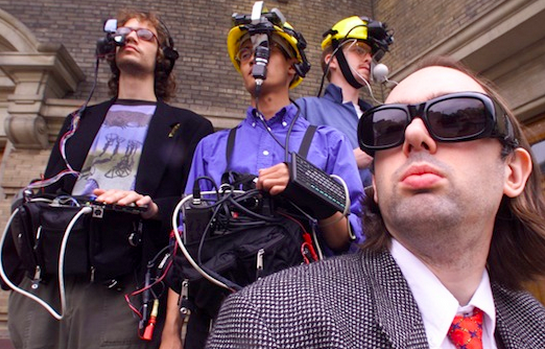 Technologists are also harnessing wearable tech to record, process and store day-to-day memories in a digitalised format, almost like a real-time digitised diary consisting of audio and video snapshots that capture the events of our day, call it “life-logging”. These memories can be easily retrieved at a later date, shared with others almost in real-time. Kapture, for example, is one company which develops wristbands that allow users to capture audio recordings with minimal intrusion into their other activities. These sounds are then automatically uploaded onto a smartphone/ tablet app. BULT, on the other hand, have developed a piece of wearable tech catered to more extreme sports enthusiasts, specifically, a helmet with integrated camera and built-in microphone. 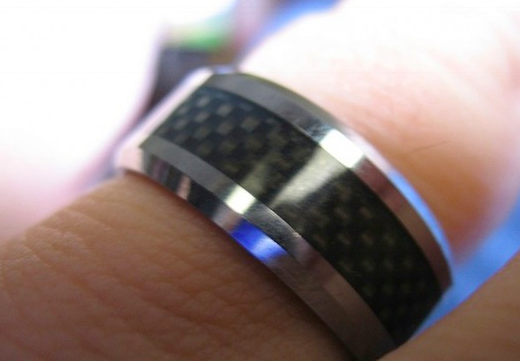 Personal identification and security is another huge potential opportunity for wearable tech in the near future. According to a national survey by Janrain, online Americans are fatigued by password overload. 30 percent of people have more than 10 unique passwords they need to remember. Other estimates put this figure as high as 30-50 passwords per user. The majority of respondents struggle with internet banking details (18%), passwords for shopping websites (16%) and those for work computers (7%). For example, the Nymi wristband identifies users by their cardiac rhythm to authenticate their identity as an separate alternative to using a large number of PINS, passwords and IDs. It allows users to access their computer, smartphone, car and many other devices in a password and key free environment, through simple gestures on the wristband.

Possibility Thinking - How a crisis can help you create some of your best ideas. more