For every Fuji Xerox there’s a Sony Ericsson so below are my thoughts on the pros and pitfalls of merging your business.

Wedding bells are ringing. Business marriages seem to be in season. First there were the Microsoft-Nokia nuptials last year and now the blessed union of WhatsApp and Facebook. Even one-time retail rivals Myer and David Jones are flirting with the idea of engaging in consummation rather than competition.

In the face of disruptive business headwinds, such unions appear sensible – even necessary – for the survival of at least one of the parties. But, what are the dangers when two become one – and do the benefits outweigh them? First, let’s look at when mergers and acquisitions do make good sense.

In highly competitive marketplaces, consolidation of players is nothing new but still makes a lot of sense. The CBA’s purchase of Bankwest or the Westpac-St. George merger in years gone by may have done little to foster competition in the banking sector but certainly shored up the viability of all players involved.

Looking at synergies in a different sector, consider the acquisition of a range of South American beauty brands by direct-selling giant Tupperware since 2005. Having realised that consumers in South America spend 20 times more on beauty products than they do on storage containers, Tupperware leveraged its newly acquired brands superbly to the point where its beauty range now accounts for a quarter of the company’s total revenue. Better still, the new product range has provided a perfect cross-selling opportunity for the company’s more traditional Tupperware lines

In a twist on the adage, a smart business strategy in the 21st century may well be, “If you can’t beat them, have them join you”. This appears to be the rationale behind the recent Facebook-WhatsApp acquisition and echoes Facebook’s $1 billion purchase of Instagram in April 2012

In both cases, Facebook executives recognised that emerging social networks had the potential to significantly undermine the brand’s market dominance and opted to gobble up the competition rather than meet them head-on. Facebook’s rejected $3 billion bid for Snapchat in late 2013 indicates some of their appetite for acquisition.

The third instance where business marriage makes good sense is when a global heavyweight seeks to leverage the brand strength or market penetration of an existing local player. Schneider Electric’s 2004 acquisition of Australian household name Clipsal was a brilliant example of this dynamic. While pursuing acquisition as a business strategy for ongoing viability and relevance certainly has its benefits, there are some dangers companies and leaders must be aware of.

Whenever two businesses with very different DNA merge, the blend can sometimes prove toxic. Consider the ill-fated acquisition of Australian beauty brand Nutrimetics by consumer goods giant Sara Lee in 1997. Although a number of factors contributed to the unhappy marriage, chief among them was the clash of cultures between a global American company and a family-owned Australian business

The final danger in acquisition is structural. The absorbing of one business into another often leads to a blowout in organisational headcount, activity duplication and bureaucratic process. This can be devastating for the agility and responsiveness of the newly formed behemoth.

Consider for instance how Sony’s decade-long marriage with Swedish mobile phone brand Ericsson ended in disaster. Speaking of Sony’s woes, in April 2012, the company’s new CEO, Kazuo Hirai, identified that Sony’s number one problem was its lack of speed and agility in responding to marketplace events. His first order of business was to serve Ericsson with divorce papers and ruthlessly prune the bureaucracy and unnecessary processes which had bogged the business down. While some business marriages work beautifully (consider Fuji Xerox which recently celebrated its 50th anniversary), many others have ended in messy breakups or unhappy unions.

In considering the benefits and pitfalls of growing through acquisition, perhaps the advice of the great empire-builder Augustus Caesar rings true: “Hasten slowly”. 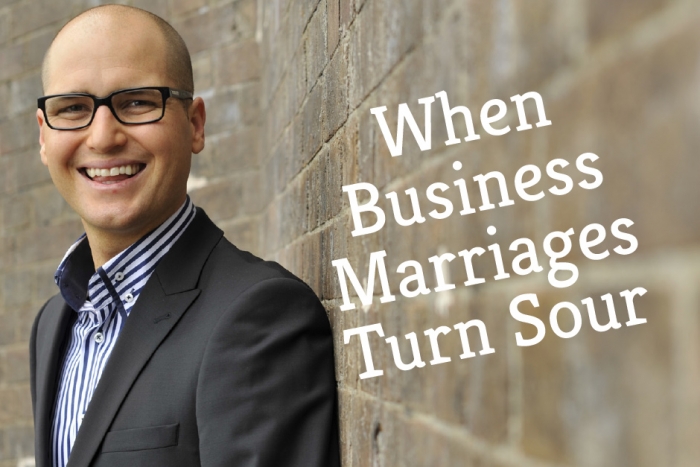 Now is the time for Emotional Leadership more