Scott is a visionary and banking innovator who, as Movenbank's Chief Mobile Officer is poised to disrupt the banking services industry with a mobile-centric offering unlike any other. In this fascinating piece Scott explores what our physical money actually means and how we can expect this to change in the not so distant future.

Some say that it makes the world go round, others call it the root of all evil. But what exactly is money? Why do we need it? And where did it come from?

As economists herald the advent of a cashless society, these are some of the most loaded questions. Imbedded into the hundreds of cashless or digital payments initiatives there is a real struggle to understand what the real competitive landscape entails. What makes this such a complex question, is an entrenched part of society that is right under everyone's noses, but often ignored as a competitor. I'm talking about cash, a value exchange protocol that dates back centuries.

Today cash is still the universally trusted form factor that drives much of the informal world, despite huge investments globally to migrate people to cashless alternatives.

The Byzantine empire and several states in the Balkan area and Russia also used marked silver bars for large payments. As the world economy developed and silver supplies increased, in particular after the colonisation of South America, coins became larger and a standard coin for international payment developed from the 15th century.

These days, we are all more than happy to receive pieces of paper stamped with the right symbols, but this is only because of the symbolic value they have acquired through long and complex chains of events. A valve we can see with our own eyes, and touch with our own fingers. An early farmer would have been distinctly underwhelmed to be handed a wad of $50 notes. To part with his goods, he would have needed to be given items directly exciting in themselves. Shiny, pretty or inherently useful things would have come to mind.

Cash has now become a fraction part of the money supply. Its remaining role is to provide a form of currency storage and payment for those who do not wish to take part in other systems, and make small payments conveniently and promptly, though this latter role is being replaced more and more frequently by electronic payment systems.

Research has found that the demand for cash decreases as debit card usage increases because merchants need to make less change for customer purchases. But still we are faced with the age-old saying 'cheaper for cash', a premise that has shaped the association frameworks of merchants, and consumers alike.

So in the world where Google, Apple and PayPal lead the pack on alternative payment instruments, why has there not been a better cashless alternative. One that can overcome the stigma that cards, mainly VISA, MasterCard and American Express, cop everyday? Basically that we believe that when we use a card, a dollar doesn't equal a dollar.

Over the past decade we've seen multiple initiatives rise to tackle the idea of 'expensive' through the creation of closed loop systems, that avoid the need for the 'interchange fee' most commonly pinned on these schemes. Right or wrong, the brands of VISA, MasterCard and American Express stand in the firing line, as closed loop stored value cards show strong utility value in the high volume, low value sectors like public transit, food & beverage, or for micropayments.

This gets me thinking that we have a perception problem with the major card schemes, which is resulting in a behaviour of network avoidance. How can we overcome this? Because the benefit of cashless are strong at the national, state, merchant and consumer level. We just need some basic level collaboration in each ecosystem.

For further information on Scott Bales, or to enquire about booking Scott for your next conference or event please contact the friendly ODE team on 02 9818 5199 or email marketing@odemanagement.com 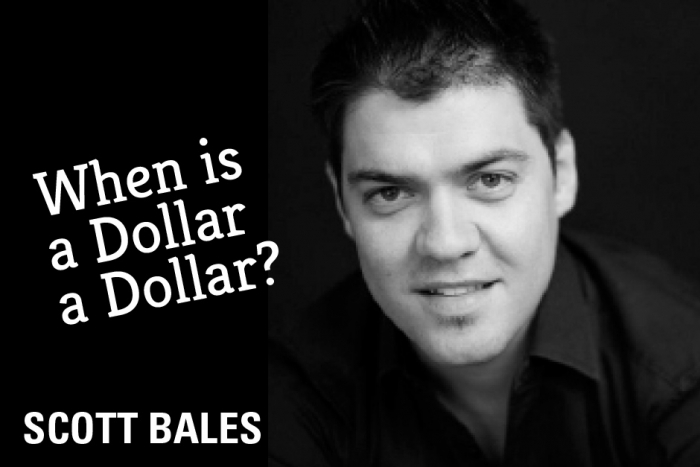