Things are brewing in the housing market: Having been hit hard under the weight of a property glut, record low wages growth, tighter credit from the banks and the Reserve Bank refusing to cut interest rates despite troubling economic conditions, house prices around the bulk of Australia fell sharply from around the middle of 2017 through to the middle of 2019.

Of course, the city by city and region by region differences were clear, but the basic trend in house prices across most areas was down. Ode’s “no holds barred” economist Stephen Koukoulas saw the decline coming. In 2017 he wrote: “Consumers are under some threat by the fall in house prices which is underway”. He added: “it is also quite clear that housing construction is cooling. This is not good news”. And so it turned out with the housing sector diving and the economy experiencing one of its weakest episodes in two decades. He was the only economist in the influential Bloomberg survey to forecast cuts in official interest rates and his insights into how the housing market and the economy more generally keep him at the forefront of the economic debate.

Stephen also was remarkably astute to predict the timing of the current upswing saying in January 2019: “Late 2019 will be the likely trough in house prices as easier monetary policy unfolds, there is a step up from previously frozen out first home buyers and the strength in demographic demand are all likely to put a floor under prices.”. Lo and behold, house prices have found a floor in the September quarter 2019 and look like lifting over the remainder of the year and into 2020. The housing market is pivotal to the overall performance of the Australian economy. Sure, it’s not the only thing that matters for the Australian economy, but it does drive changes in household wealth, consumer spending, official interest rates and the level of the Australian dollar.

So what does Stephen think now?

Stephen’s views on the outlook for housing incorporates affordability – house prices of course, but also income growth and the mortgage interest rates – then he looks at supply (new construction) and demand (driven by demographics especially population growth), tax issues, rental vacancy rates and rental yields, to incorporate potential demand from investors. These factors feed directly into his views on housing activity, including house prices.

If you are in the property, finance and investment business, it is time to get Stephen to your event. His record in analysing, forecasting and explaining the housing market is why he is such a sort after speaker and media commentator. 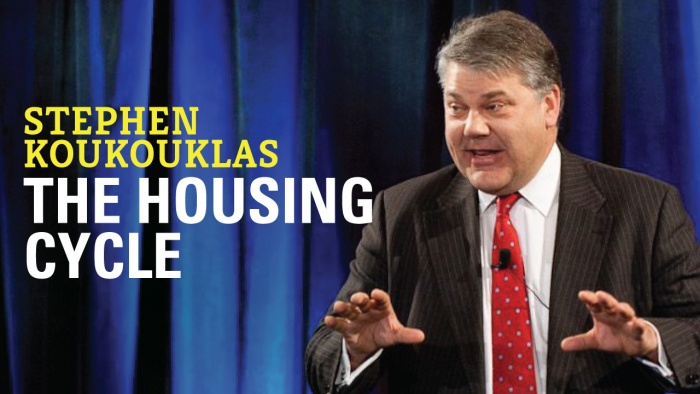 Earning the Trust Of the Market more