The Sustainability of Superannuation

Anyone can have a ‘good time’ if they borrow and spend like the proverbial drunken sailor, but as we all know, such action is not sustainable. It cannot go on forever given that one day the money will run out and the debt will have to be repaid.

Our expert economist and social commentator Stephen Koukoulas explores the question of how sustainable is our super with an aging population.

As we age, we’ll need even more money to live a decent life; and fund managers must be aware of sustainability issues when they invest. Anyone can have a ‘good time’ if they borrow and spend like the proverbial drunken sailor, but as we all know, such action is not sustainable. It cannot go on forever given that one day the money will run out and the debt will have to be repaid. This is where a strong superannuation system is vital – to build savings so that we can all have a decent retirement.

It is also important to be fully aware of how the fund managers who invest our superannuation contributions invest our money. A hot debate is brewing over investments in fossil fuels – coal in particular. It is obvious, whether you like it or not, that coal will fade as a source of energy, with the speed of that decline driven by the take up of renewable sources of energy. It means that coal companies, for example, are not sustainable in their present form. They need to adapt or die.

For fund managers, there is a potential dilemma on whether to divest their coal assets or, as major shareholders, drive change. Many fund managers are adamant – stay invested in coal. To sell such shares would simply transfer ownership of the company. Someone must buy those shares. However as we have seen with many of the oil companies, 10 or 20 years ago, shareholder pressure forced them to change how they worked. What used to be oil companies are now some of the global leaders on developments in renewables.

Fund managers staying invested in coal, are aiming to influence them in the same way. They sometimes talk of a scenario, that through their dominant shareholder position, they force coal companies to move to other forms of energy. Again, do it or die. Simply because coal is not a sustainable industry.

The Australian economy, which quite remarkably is entering its 30th straight year without a recession, is confronting some critical issues relating to sustainability. One which is inevitable and must be addressed is our aging population. The age pension, health spending, the budget and, critically, superannuation are part of the sustainability challenge. The good news is that we Australians are living longer – hooray!

Most of us are making it to our 80s with a decent quality of life. Modern medicine is delivering more every day and life expectancy is set to hit 90 years within two decades. But there are issues, even problems, with this good news.

In 1970, Australian life expectancy was 71 years. The age pension generally kicked in at age 65 so the budgetary impact of providing a full pension to all Australians was not particularly onerous. For the government, the pension would be paid for just 6 years on average.

Now, when we are likely to live an extra 13 years to around 83 years, the retirement age is still 65, although it must be noted this will increase a little bit to 67 years in 2023. Now and over the course of the next decade, pensions will be needed for 15 years, perhaps more, as life expectancy continues to rise. Unless ‘things’ change, this is NOT sustainable.

Health costs rising – where’s the money coming from to fund this?

The age pension is a budget time-bomb for the government. So too with the cost of health which has been rapidly outpacing wages and inflation for more than 20 years. Health care is expensive. It costs a lot to live longer. Like pensions, unless things change, the sustainability of health spending will be under serious threat. No one other than a few crazy extremists is saying that we need to cut health services to balance the health budget.

In a decent society, we need to make sure the high cost of new treatments is funded by savings and reforms to our tax system. The money has to come from somewhere if everyone is to get access to decent health care. The pension problem is a key reason why the Keating government implemented compulsory superannuation in 1991.

Superannuation sees people accumulate savings throughout their working life. It means that for many, they can retire with a decent savings nest egg and not draw on the pension. It was a brilliant idea. It means the pension will only be paid to the needy who were not in a position to accumulate sufficient superannuation.

For those who worked and received even a moderate salary for 40 to 45 years of paid work, their savings levels would be fine when they reached 65. It was a means of making the budget sustainable. Making sure the budget didn’t blow up. It meant our kids would not be burdened with the funding of our old age.

Sustainability relating to the economy is an issue that can and will be addressed by the government. Businesses need to be adaptable, agile, and insightful in adapting to sustainability challenges and the opportunities that will come from this. 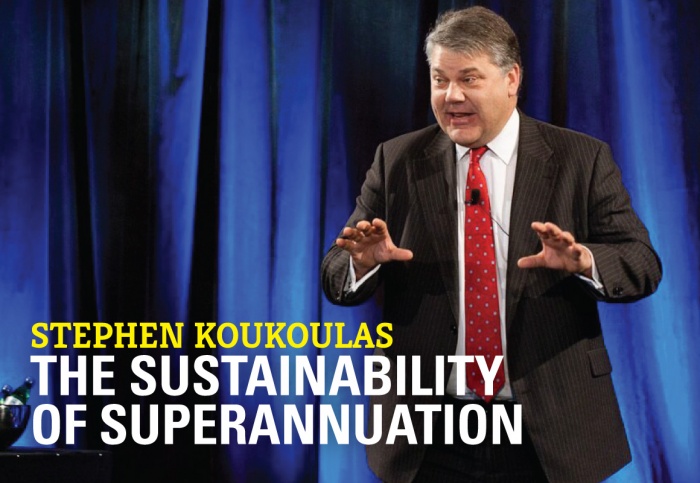 skynews.com.au -There is no confidence at all in projected unemployment rate more

The Sustainability of Superannuation